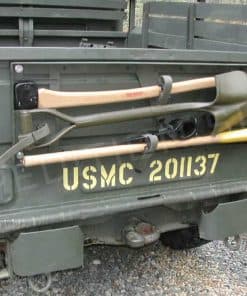 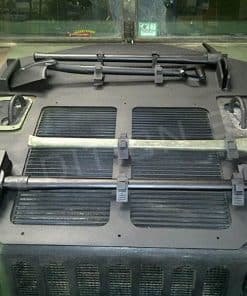 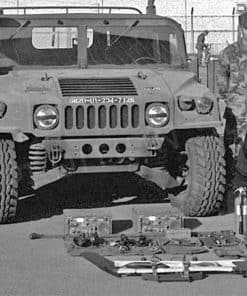 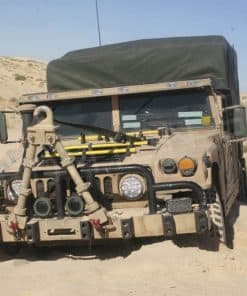 All tools and rack have been completely refurbished to nearly new and excellent condition. Includes mounting bracket, axe, shovel and pick.

Military issue Pioneer Tool Racks used to carry a shovel, pick and axe, are part of the basic set of tools for a military vehicle. Since these vehicles are designed and intended to go where there may be no road and obstacles can be expected, the tools have to be immediately available to clear the path or to dig the vehicle out.

The tools themselves are military standard items which are issued at the unit level to equip the organizational vehicles and to replace damaged or missing tools. They are typically procured from the same commercial manufacturers as civilian tools but within a set of standards that ensure that any shovel or axe will fit the slot allotted to it in any vehicle. They also typically are procured without military paint. Their plain wood handles and variously colored metal parts are painted by the receiving unit to match the intended vehicle.

This means that you can buy a tool at Home Depot that pretty much matches the missing tool for your restored vehicle so long as you are careful to match the size and style. That is, if the shovel is supposed to have a D-handle, don’t use a one with a knob-end. If you want to be a little more careful, military vehicle parts dealers sell surplus tools or commercial tools that have been matched and painted to ensure accuracy.

a stowage compartment (larger vehicles), pioneer tool rack for the tail gate or other mounting location (light trucks) or the side panel of jeeps. Some split the tools into several locations. For example, the M-151 jeep made provisions for a shovel on the passenger’s side and axe on the driver’s side due to the narrow side panel of the low profile vehicle.

The HMMWV Operators Manual (TM 9-2320-280-10, page 172) describes the tool rack that is positioned under the rear deck, typical of the M998 and related variants. The removable rack is pivoted on its front end and held by two clamps to the rear cross member, on either side of the pintle hook. When the clamps are released, the rack folds down and can be removed (photo, above). The individual tools (axe, shovel, mattock handle and mattock head) are held by small straps that are released individually.

Other HMMWV variants stowed the tools in other locations. On the M1025A2, M1043A2, and M1045A2 vehicles the tools were stowed behind the left rear seat while the stowage location on M1035A2, M1097A2, and M1123 vehicles is on the tunnel. The tool assortment also differed for the latter HMMWVs, referred to as the Max Tool Kit.

There are no reviews yet. 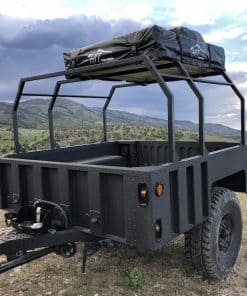 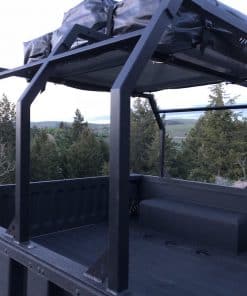 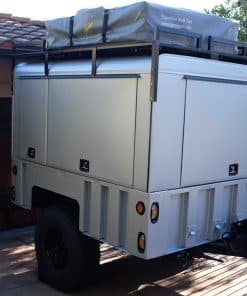 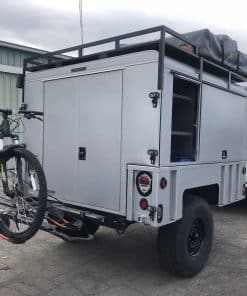 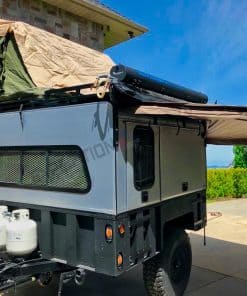 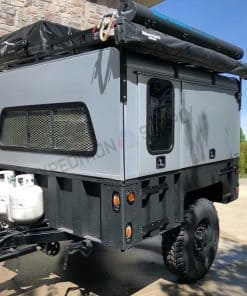 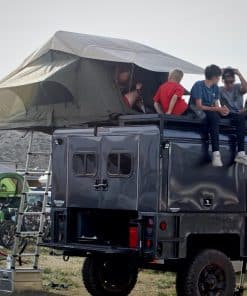 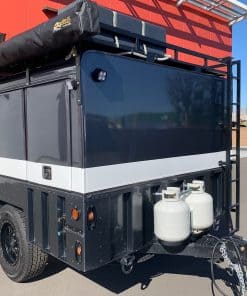 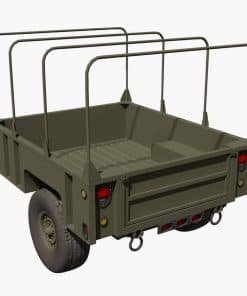 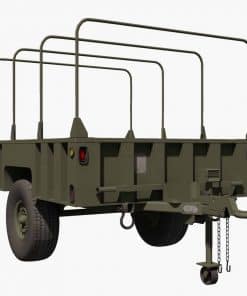 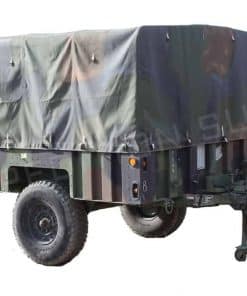 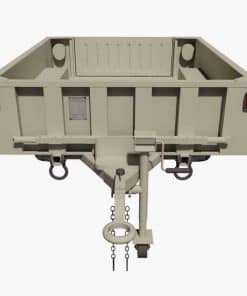 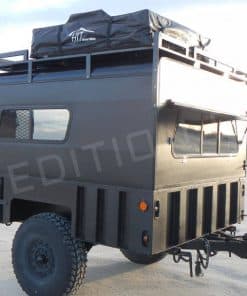 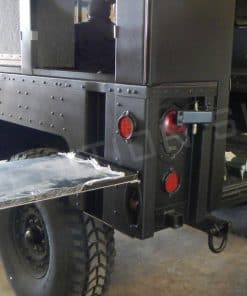