The Military M1101 and M1102 Light Tactical Trailers come standard with a surge braking system. Regardless of the size of your trailer or vehicle, this is by far the best braking system you can use. It’s no reason the military has been using it for years and chose it over other systems such electrical on their heavy and light duty trailers.

The M11 Trailers are light compared to their load capacity and size. Dry they weight only 1460 lbs, with a top from Expedition Supply they are typically less than 2000 lbs, which means it can easily be towed by even the smallest SUV.

How a surge brake works

The brakes work both in emergencies and in normal braking situations. The pintle is free floating inside a sleeve and when brakes are applied to the vehicle the trailer will push forward towards the vehicle causing the pintle to slide into the sleeve and pushing on the hydraulic piston applying the brakes. The breakaway cable forces maximum pressure onto the brakes once pulled. It is a fool proof system that has no electronics to wear out or bias valves to freeze up. you do have to grease the sleeve annually (according to the tm) to ensure it slides properly but to be honest every 3-5 years is fine.

To backup your trailer in reverse, you might have to disengage the brakes with the lever. We’ve found on a flat surface we don’t have to bother. As long as you don’t backup with force or over obstacles there isn’t enough momentum backing up to engage the surge brake.

Be sure to install the breakaway lever spring to your hitch #33 in diagram. “Federal law requires all trailers to have a “breakaway” system. If your trailer ever came loose from the tow vehicle while underway, the breakaway system will activate the brakes on the trailer to slow it down and stop it-hopefully preventing an accident. The breakaway system usually consists of a cable or chain that is attached to the tow vehicle on one end, and a lever/latch assembly on the trailer surge actuator. Since the chain or cable is attached to the tow vehicle, if the trailer come loose from the truck the cable pulls the lever energizing the trailer brakes. A latch mechanism keeps the lever in the energized mode even if the breakaway chain or cable is ripped away by the separation of the truck and trailer. The lever mechanically pushes the master cylinder piston to generate emergency brake fluid pressure, and the latch assures that the pressure is maintained until the latch is disengaged manually by using tools.” Source 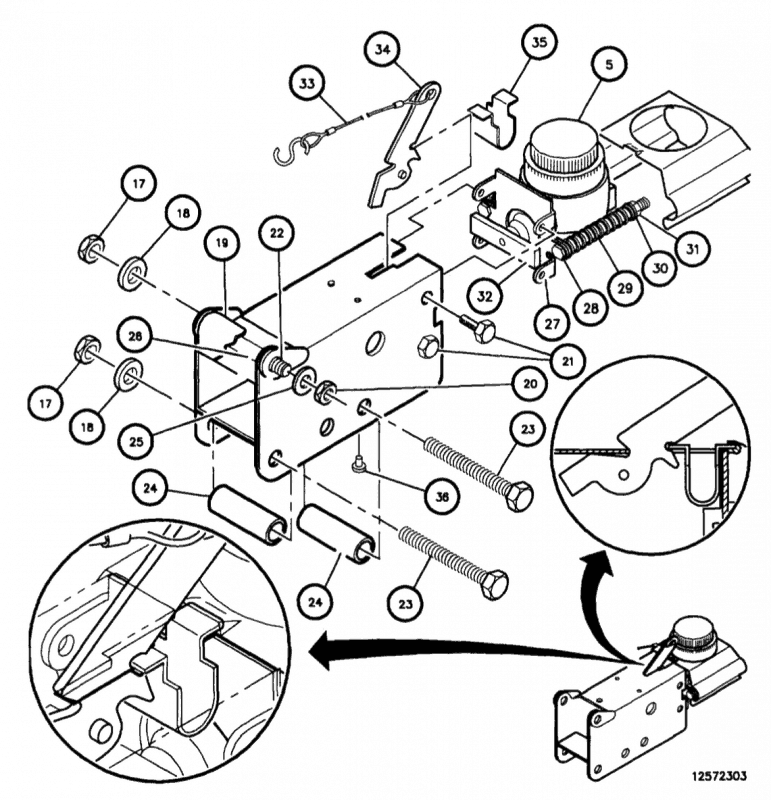 Benefits of the surge brakes

Surges brakes are set it and forget it. They are really easy to work with and smooth to operate. The harder you brake, the more it actuates the brakes. You don’t need an electrical trailer brake controller, but at the same time you don’t have control over adjusting each wheel electronically if things begin to sway. On the M1101/2 trailers the simplicity and easy of use of the surge brake, combined with a lunette is a perfect match.

Hydraulic surges brakes can require more maintenance compared to electric brakes, but it’s nothing that the average person can’t check. You don’t need to hire a professional to check the brake lines from corrosion, hydraulic actuator, and brake assemblies for issues. The other downsize is installation. Electric brakes are easier to install, but if you buy one of our M1101 M1102 trailers for sale or own one yourself, you don’t have to worry about that.

We’ve had customers remove the brakes all together. Technically, the brakes are not needed. The trailer and payload are rarely enough to require heavy duty brakes. Unless you’re hauling gold bars, generators or something else large you won’t notice a need for the brakes. We elect to keep the military surge brake system in tact just in case.

There is one instances, in our years of modifying them, where customers want to remove the surge brakes — installing a tongue box. One limitation of the light tactical trailers is the smaller trailer tongue. From the front of the trailer to the back of the surge actuator is only 15 inches. That doesn’t leave much room for a good-sized trailer tongue box for gear. At the same time, if you go with a large tongue box you have to reposition the landing gear.

We’ve never experienced, but heard reports of, the surge brake actuating while driving. If you’re on a bumpy road and the lunette continually bumps the pintle hook you could get some braking while driving forward. This is an issue with the proper angle of the trailer to the truck or adjustment of the brakes and not the braking system.

See our other posts on assembly, disassembly, and maintenance of the military hydraulic surge brakes.

The toughest trailers and products on the planet you can trust.

X-Supply specializes in the Military M1101 & M1102 Trailers and Tops. Enjoy one of our Sherpa, Adventure or Expedition trailers or let us build your dream.